The Agent Orange Veteran Payment Program was created by the resolution of the Agent Orange Product Liability litigation.  A class action lawsuit was brought by Vietnam Veterans and their families regarding health problems as a result of exposure to chemical herbicides used during the Vietnam war.  The suit was brought against the major manufacturers of these herbicides.

SFC David D. Hack USA (Ret) was exposed to Agent Orange in  his role as a Career Couselor in visiting multiple firebases throughout the First Infantry Division in 1968.  He was verified in 1993.  Listed below are the various documents and forms which attest to his certification and exposure to Agent Orange in his service to the United States Army. 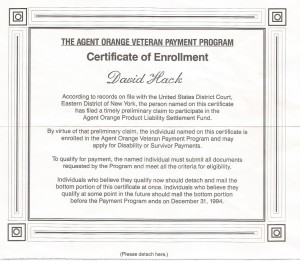 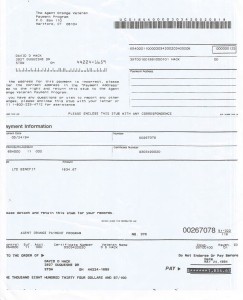 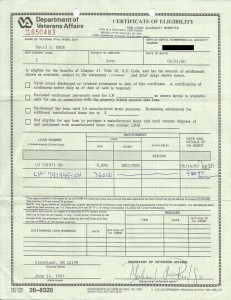 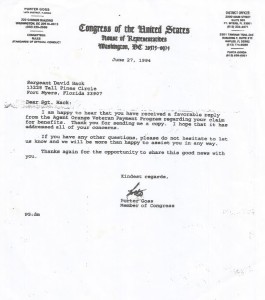