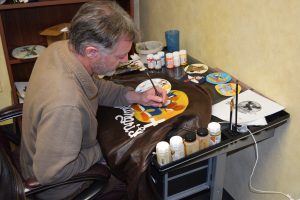 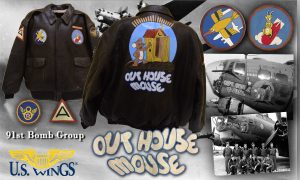 The Outhouse Mouse
Outhouse Mouse was a Boeing built B-17G, serial number 42-31636. She was assigned to the 91st Bomb Group 323rd Bomb Squadron of the 8th Air Force based out of Bassingbourn England. She was painted with the distinct “Triangle A and red tail sash markings and given the aircraft code OR*N. Outhouse Mouse was under the care of Crew Chief M/Sgt. Rollin L. Davis, who also took care of the famous B-17 Nine O’ Nine, which shared the same parking revetment. Outhouse Mouse flew 139 missions without an abort and flew a grand total of 279 missions over the course of her combat career. Outhouse Mouse also had the distinction of being the first B-17 attacked by an Me163 rocket fighter, on August 16, 1944. After the war she was flown home to Kingman, AZ, where she was scrapped in 1963. 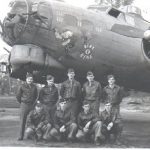 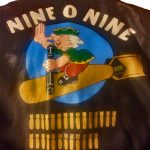 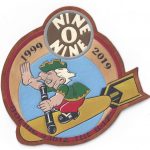 The Nine O Nine
“Nine-O-Nine” was a Boeing built B-17 serial number 42-31909 and was accepted by the USAAF in December of 1943. She was assigned to combat on February 25, 1944 with the 91st Bomb Group 323rd Bomb Squadron 8th Air Force stationed at Bassingbourn England. By the end of the war she had made eighteen trips to Berlin, dropped 562,000 pounds of bombs, and flown 1,129 hours. Over the course of her combat career she had twenty-one engine changes, four wing panel changes, fifteen main gas tank changes, and 18 Tokyo tank changes (long-range fuel tanks). She also suffered from considerable flak damage, accumulating close to 600 patched holes. She flew 140 combat missions without a crew loss or an abort, an 8th Air Force record. After the war she was flown home and scrapped at Kingman Arizona. Our Nose Artist, Jim Harly, flew 900 hours as Pilot in Command of the restored Collings Foundation Nine o Nine. 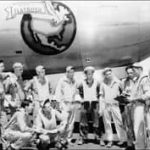 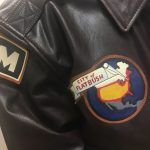 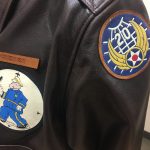 US Wings has a large selection of handpainted Nose Art jackets and Nose Art patches available at www.uswings.com. Evenmore they have squadron patches, Tail Sash patches, theatre patches and name tags to honor our forefathers who gave their all to protect our country. We can duplicate any of your relatives historical artifacts.