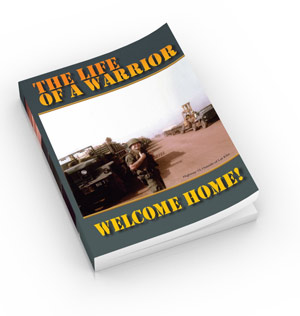 Sarge has overcome many challenges in his life, including an impoverished childhood, an abusive father, life-threatening wounds received during his stint in Vietnam for which he received a second purple heart, homelessness, and most recently an unjustified and relentless smear campaign which dwells on past statements that have been corrected by Sgt Hack.  These attacks are carried out by haters who are on a cyberstalking witch-hunt. Although he still carries both physical and emotional scars from these challenges, Sarge has transcended these painful events and used them as a catalyst to motivate himself to achieve his successes — from being the Nation’s #1 US Army recruiter for four years running to heading a retail business, which has survived despite the unjustified smears, and which supplies both the US Military and the general public. Sarge’s faith, hard work and can-do attitude have taken him from a child who lived in a dirt-floor shack in Sunfish KY to a man who counts among his closest supporters senior military officers and others. As a person who knows a thing or two about physical and emotional scars, Sarge is quick to help and encourage those who are facing similar challenges. Sarge’s book, The Life Of A Warrior, was written with this goal in mind. Its positive message of triumph over adversity has helped countless people, including many military veterans, all around the world.

Yesterday, he received this comment:
The book stands for not only a man. But a person that went from a normal live to having almost been mark for dead. With all this going on he went from the pits of hell to coming home like the rest of our troops have to go threw and loses everything. Pick himself up and still love want he did and I know would do it again. I have not only share my copy but. Handed to another Army vet that was there and he also said. Yes it was hell but he has no regrets he is a Veteran and always will love our country. Sgt. Hack me and my other fellow Americans. Chould never give you back your life before the war. But because of you I can sit here and say God bless our VETS.. And many you have happy Dreams. You understand what I am saying. God bless you.

Additional comments:
Wow! I find it hard to make any meaningful comment about Sarge. I always wondered what I would do if I faced a situation like Sarge was in. I spent the best part of 8 years in the Navy and feel ashamed to say I serve my country when compared to Sarge. While there may be some who can say that their story is close to the same as Sarge’s, most of us just led a mundane existence in comparison. Some one said that ‘most people go through life without ever having lived it” but people like Sarge have lived it to the fullest and have become and inspiration and a model to look up to.
Thank you Sarge for your service and sacrifice and from a Brother-in Arms, Welcome Home.

Alexander 2/13/16
As a Vietnam Veteran, I believe SFC Hack’s book, “The Life of a Warrior”, is a must read for all Vietnam Veterans and anyone interested in getting some idea of what often happened to the dedicated warriors who answered the call to serve in the most controversial war our country ever faced, came home to an uncaring, often hostile, public, went into a long, downward spiral and then rose from the ashes to resume a place in society as a respected, hard working citizen. The book is easy to read and goes straight to the point as it moves quickly along. The story is honest without being gruesome. I found SFC Hack’s path upward very inspiring and I believe any Veteran of any war would also find inspiration within these chapters. It reminded me again that our cause was just and we have nothing to be ashamed of. Do yourself a favor and read this book.

2/1/16
I always find inspiration when I read about individuals who overcome adversity and become productive citizens. The Life of a Warrior is an excellent example of someone who did exactly that.

David Hack could be the “poster boy” for what can be accomplished in life when the cards seemed to be stacked against success.

I fully appreciate his service to our country and am pleased that the way he has lived his life is nothing short of outstanding.

A great gift with my purchase.. I admire those who are self made. This book is is the story of one such man.
Sgt. Hack reminds me in some ways of my father. My father was orphaned, was not kept by relatives, and raised in an orphanage. There he met my mother, another orphan. They raised 5 children and put them all through college. No help from anyone.
The book also reminds me of what military service gives someone. Maturity and responsibility were two of my gifts.
It goes without saying what some in the military gave and continue to give for their country, and their fellow service members. It is a staggering gift.
A great book to pass on.

1/18/16
Having given out over 100,000 copies for free, The Life of a Warrior is in its 10th printing.  Most recently Sgt. Hack announced  that The Life of a Warrior would be available through Kindle, Amazon, Barnes & Noble and  I books and that 100% of the proceeds would be given to the Haven of Rest, a shelter in Akron Ohio.